Thomas A. Paternostro, 75, of Unityville, passed away peacefully, surrounded by his loving family, on Sept. 8, 2014, at Geisinger Medical Center three days following a cancer diagnosis.

Tom was born in Williamsport on Aug. 9, 1939, and was the son of the late Angelo and Eneis Paternostro. He was married to Marthalie Ryan Paternostro for over 48 years. They would have celebrated their 49th wedding anniversary on Nov. 27, 2014.

Tom was a lifelong educator. He cared passionately about and was an advocate for children during his 47-year distinguished career. He worked his entire life to “make our children our highest priority,” a mantra he talked about time and time again. He was both an elementary and secondary school teacher before serving as an elementary principal in Prattsburgh, N.Y. He then served as superintendent of schools in the Clifton-Fine School District in Star Lake, N.Y. and the Oneonta City School District in Oneonta, N.Y. In 1981, he became superintendent of schools at the East Lycoming School District in Hughesville, where he served admirably for 11 years.

Following his retirement from public schools in 1992, Tom went to work for the Industrial Modernization Center in Montoursville. There he was a driving force behind the Pennsylvania School-to-Work initiative, a project that ultimately became a national model for youth apprenticeship. He testified about this initiative in front of a United States Senate committee at the request of committee chairman, the late Senator Edward Kennedy. His testimony and the initiative were later featured on the ABC News American Agendaand in Smithsonian Magazine. He traveled to Germany and Austria with a Pennsylvania delegation to study manufacturing apprenticeships and industry partnerships with companies like BMW.

Continuing his dedicated service to public education and children, Tom served as the director of the Children’s Advocacy Initiative for Lycoming County in the early 2000’s. In 2004, he received the Child Advocate Award for Leadership on Children’s Issues.

He spent time supervising student teachers at Bloomsburg University in Bloomsburg. He also spent three years as a consultant for the American Board for the Certification of Teacher Excellence in Washington, D.C.

From 2005 to 2011, following an appointment by the Pennsylvania Secretary of Education, Tom served as one of the Commonwealth’s first Distinguished Educators, individuals serving to help struggling districts throughout the state improve student achievement. During his tenure, he served in several districts in southeastern Pennsylvania, with his final assignment at the Bethlehem Area School District.

His exemplary work in education led him to be invited to share his insights at national conferences around the country, including some of his favorites, the National Conference on School-to-Work in Portland, Maine; the Oklahoma State Vocational Teachers Conference; and the Canadian National Youth Apprenticeship Conference in Edmonton, Alberta, among others.

In 2006, based on a submission from his daughter, Tom was featured in the book, Wisdom of Our Fathers, Lessons & Letters from Daughters and Sons, written by the late NBC News Anchor, Tim Russert. In addition to the vignette, a photo of Tom and his daughter was included to begin one of the book’s chapters.

A life-long democrat,Tom believed that public service was an honor to be pursued. Over the years, Tom unsuccessfully ran for State Assembly in New York State, Lycoming County Commissioner, and State Representative for Pennsylvania’s 84th District. His candid and forthright approach to the issues and his “tell it like it is” platforms made election wins more challenging.

Tom was always an active member of his community no matter where he lived. He was a charter board member of the Northcentral Pennsylvania Conservancy; past president of the Lycoming Audubon Society; chairman of the capital campaign of the Hughesville Library Building Committee; past president of the Hughesville Rotary; past chairman of the Literacy Board at the James V. Brown Library; former member of the Lycoming County Historical Society Museum board; former member of the Williamsport/Lycoming Chamber of Commerce Education Committee; and a Leadership Lycoming volunteer, to name a few.

He served on the State Legislative Joint Commission Task Force on Children; Lycoming County’s Child Death Review Team; the county’s School Safety Committee on Homeland Security; and most recently, as a member of the Lycoming County Heroin Drug Task Force.

He was a proud former member of the Picture Rocks Volunteer Fire Department fire police.

Until his passing, Tom was a regular contributor to the Webb Weekly, where he wrote a feature column on nature.

In his free time, Tom was an avid gardener, writer, public speaker and seminar leader. He was a frequent speaker at nature and garden seminars and for a short time, held nature and herb events on his property in Unityville. He operated a self-pay roadside stand along Route 118 in Unityville where customers could purchase his produce, herbs and other goods he harvested “from his land.” He loved working in his garden and often commented that the strongest men “work with their hands in the Earth and are not afraid to get a little dirty.”

He had a lifelong passion for wood and woodstoves. He was splitting wood for this winter at the time of his passing. He spent each summer cooking in his outdoor “summer kitchen” and often made delicious meals and breakfasts without using an ounce of electricity.

He loved baseball and played from the age of 7 as a member of the LL Stearns Little League, a passion he continued all of the way through his time in the Navy.

Some of his happiest moments were spent on family vacations in Maine listening to the loons on Long Pond in Jackman, Maine.

He lived his life to the fullest and never wasted a moment of it looking back. Always forward. His smile would light up a room and he lived each day with exuberant passion and optimism. He leaves behind a legacy that will carry on through the many lives he touched over the years, from his family, his former students, teachers, and administrators; to the farmers and every day people that he loved sharing stories with at the coffee shop, in the grocery store, or at Tractor Supply, one of his favorite stores.

He could talk to anyone and he always had something intelligent to say. He was well-read and reminded us that every Sunday should include a thorough reading of the NY Times, Week in Review “to make sure you know what is going on in the world around you.”

He always saw the best in people and was an advocate for the underdog. Tom was a renaissance man, a non-conformist, a tower of strength, and yet the kindest, most caring person in the room. He was genuine and forthright, admired for his uncompromising strength on issues he cared about and believed in. Everyone who ever met him, never forgot him. That was a guarantee.

His wife Marthalie called their time together “a 48-year adventure.” Those who knew Tom understand that this sentiment needs no explanation. Marty met and fell in love with Tom when she was 21, and she has faithfully stood by his side over all of these years.

Tom and Marty purchased and renovated an old mill house in Unityville in 1990, where he lived with Marty until his passing. He and Marty transformed the estate into an herb farm, and the property abounds with the gardens, flowers and animals that he loved so much. It is an oasis for the sights and sounds of nature.

Tom loved his dogs as much as his dogs loved him. He always had a dog, and most times, two. His German Shepherd, Jeb, and his 6-month old mix puppies, Abby and Jenny, already miss him terribly.

Together with his two sons, Tom built a cabin on his property that was the site of many amazing and joyous family gatherings complete with a fire pit, wine, cigars and stories that lasted until the wee hours of the morning. There were always great stories shared in this special place that he loved.

Tom was a loving father and the best of the best “Pap” and “Bop.” His children felt blessed to be able to have him as their Dad. They saw his life as one to emulate, and his love as the rock upon which their family was built.

His grandchildren loved to paint with him, help him to weed his garden, and work on the special projects together that he designed for their overnight visits. In their short time together, they gained a lifetime full of creativity, love for nature, the spirit of individuality, and unbridled love.

Tom was a man of strong faith and believed that only love and peace exist in Heaven where he now lives.

He was a 1957 graduate of the former St. Mary’s High School in Williamsport. He was a 1964 graduate of Lycoming College where he received a bachelor of arts degree in political science. In 1975, he received his masters of public administration from St. Lawrence University in Canton, N.Y. He continued his education at St. Lawrence, accumulating an additional 60 graduate hours toward his doctorate degree.

He proudly and honorably served his country in the U.S. Navy from 1957 – 1965, including time spent in the Naval Reserve. He attended Naval Communications School as well as Officer Candidate School in Newport, R.I. He received a special commendation from the Chief of Naval Operations for his Far East service following his time spent in Japan.

In addition to his parents, he was preceded in death by his youngest daughter, Kathleen Paternostro Morgan, in July 2012.

Tom’s family would like to thank the medical team at Geisinger Medical Center for the care and compassion they showed Tom and their entire family during this difficult time.

A Mass of Christian Burial will be celebrated at 10 a.m. Saturday at Our Lady of Lourdes Catholic Church, 100 Walnut St., Montoursville, with his pastor, the Rev. John K. Manno, officiating. Please note that because of the fall festival, parking is available at the Montoursville Presbyterian Church next door. Interment will be at Resurrection Cemetery in Montoursville.

The family will receive family and friends at the Crouse Funeral Home, 133 E. Third St., Williamsport, from 6 to 8:30 p.m. on Friday evening.

The Lives We Remember 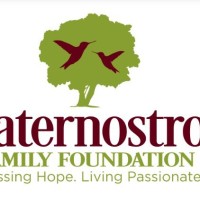 Families Helping Families in the Fight Against Cancer